i'm just overly excited that i ignore all of my tiredness just to post this. but since my mind is clogged with too much information regarding my uni, church & volunteer stuffs, i won't say much (for now).

on march 18 - 24, melburnians get to enjoy fashion even more & it's like the IT. BIG. THING.
it's not just like another day nor just another random festival,
it's more than that,
it's L'oreal Melbourne Fashion Festival (LMFF) 2013!

as mentioned in my previous post, i was selected as one of their volunteers (HALLELUJAH!) and i'm here to spill the fun YAY!

so, right in the morning i got a sudden call from the volunteer coordinator asking me to replace the back of house (boh) shift and i was like "FOR REAL?". i thought i wouldn't get any shift since an empty roster  was clearly shown for the week. eeeek! anyway, even though i had something to do, i instantly accepted the shift without much thinking. to be honest, i'm still feeling sorry to my friends for canceling the thing we've had perfectly planned out since the day before, but am not regretting the choice i've made :p


it was one of the most memorable days ever. tiring as hell, but damn amazing!
as a boh volunteer, i got the chance to work backstage as a dresser.
that rare scene was too beautiful to explain and being a part of the team was just an honor, really.

i was an amateur, feeling senseless and dumb (and plus i'm like the only non-aussie there - with limited english & knowledge of runway) kinda stressed me out. however, the staffs & other volunteers were really friendly & helpful. i could easily learn things like taping shoes, steaming & reading the cheat sheet thanks to them.

luckily, my model was super sweet & amiable by not getting mad at me though i made some stupid mistakes. there're like some bitchy ones who even looked down at their dressers *not mentioning names.

so yeah, it was indeed an awesome first day and will spot some more stories soon!

now sit back and enjoy some of the runway pictures ;)
(taken from LMFF facebook page)

Samantha Harris in Megan Park
her aboriginal beauty is very authentic, i must say

Louise Van De Vorst in Kirrily Johnston
she's my most favourite model as her pitied-looking face melt my heart & apparently she wasn't the bitch type  ;)

Olivia Thornton in Easton Pearson
her fierce look doesn't resemble her actual self at all. she was surprisingly ultra funny in the backstage!

LJ in Willow
TA-DA! so here comes my model! well not technically mine, but you get what i mean :p
she's way prettier in real life & fyi, her husky voice was really soothing! i'm now officially a huge fan of her :D

models in Carla Zampatti
whoooops! LJ is thereee ;) i'm feeling so proud just by looking at her lol

model in Alice McCall
i LOVE all of McCall's clothes. the prints were so playful, youthful and wearable ;)

meet Barbara Palvin, she's the youngest model in the festival.
born in 1993, as old as me but way cuter! *ugh - feeling down :[ lol

and some backstage pictures (sorry for the bad quality guys, they're taken from my crappy blackberry)

and it's time to hit the bed
ciao!

Ariyani Sukma said…
woooohooooo!!!! so cool sar!!! congrats, happy for you.. so lucky being a part of international fashion show, you have to teach me a lot of things if you comeback to jakarta :)

mens leather jackets said…
Fantastic!!!!The leather is super soft, the jacekt is well made and fits perfectly. It is very difficult to find pettite mens leather jackets, but I can find many good styles on cwmalls.com, so happy.
April 25, 2013 at 12:17 PM 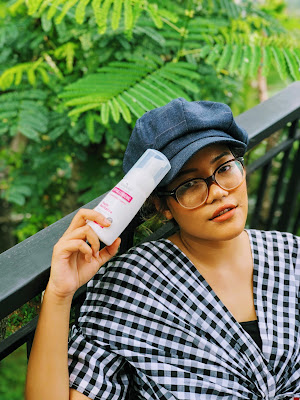