fyi, i've been watching and dreaming shit these days.

a couple days ago, i watched "preman in love" with my mom. the story really sucks.

yes, it's true.
it only shows shit everywhere, since the beginning, people are being thrown by shits and also, there's a guy being forced to eat cow's shit and many more.
indonesian movie is getting lame and shitter (haha, is that a word?)

well, the image of shit was stuck on my mind, and i dreamt that i swam in a shit pool.
wtf?


it's not finished yet.

getting bored in the afternoon, i turned on my tv and chose celestial channel, hoping there would be a nice movie to watch.
and another shit picture popped out in the screen. yes, it's another shit movie, called "attack on the pin-up boys".
so, to conclude, the movie is about, a jealous guy who
attacks heartthrob/ pretty boys with shit.
interested? click here to read the whole story


after watching the movie, i felt this guy seems so familiar.
kang-in
who was he?

ooh yeah, i realized, i watched him in a movie, called hello schoolgirl.
and, ooh, he played with chae jung ahn, who also plays in the first shop of coffee prince.
oh geez, they're all connected hahaha. 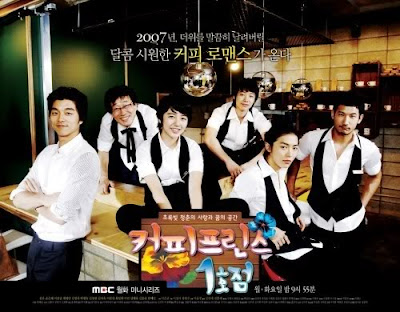